This is a story that will restore your faith in humanity, for it is so uplifting to know that there are such kind people here in this world.

The story is about Salah Al-Syoufi, the Saudi Arabian man and how with his wife, he was able to take care of his Ethiopian maid for 19 years.

Slah-Al- Syoufi and his wife were just another couples who were living in an apartment, and after a request from the latter, they decided to hire a maid.

One of Salah’s friends had been working as a recruiter for Ethiopian maids for quite some time and it was decided to get one of them on board for the work that was needed.

This made it possible for one of these maids to come and work for Salah and his wife. Three months into the work, when everything seemed fine, the Ethiopian maid got suddenly diagnosed with triplegia. 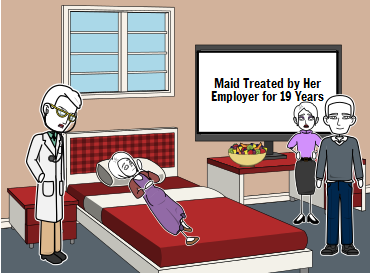 Triplegia is a disease that affects three limbs of the body and leaves them paralyzed, unable to be used by the individual.

Salah made the brave and kind choice of sponsoring for the maid’s treatment at the request of the sponsor.

But things took a turn for the worst when they found out that the maid’s work visa had been cancelled and now she had nowhere else to go or any means of going back.

When the maid pleaded with the couple that they show her mercy and take care of her until she breathes her last in their home, the couple had to contemplate.

Knowing how much of a big decision that it was, they decided to discuss it. After considering the fact that she has no one else left in her home country, and that it would be incredibly unfair to let her go, they decided to have a leap of faith.

Now, Salah – Al – Syoufi and his wife have been taking care of their maid for 19 years. His wife takes care of her as if she were her own sister: bathing her, dressing her, and feeding her. For the both of them, it is something that gives them a lot of joy.

They say that although that some people might say that it is a burden, they feel like they have received more happiness than how much they have given her.

Surely, if their act of kindness can be spread towards others, then we can finally achieve a society where people don’t look down upon the unfortunate but instead embrace them.

The Story of Maids who Save their Salaries to send it to their villages, and then still do it after their own homes were destroyed.

A group of Sri Lankan, who earn between Dirham 1,200 to Dirham 2,000, who used send money to the poor in their villages as well as to their relatives, now have to live with the fact that their entire lives work have been swept away by the floods that ravaged the Sri Lankan countryside.

The floods in Sri Lanka have displaced about 300,000 people and many of those living there have lost their entire life’s savings and work, including these women. But, in spite of this, they are willing to spend their salaries on purchasing essential items that are needed for these families who are facing more hardship than they were.

For them, it is a continuation of a tradition that they have involved themselves in for the past 9 years. This is when they send those back in Sri Lanka essentials during Ramadan, the season of giving. They will be doing this-this time as well. 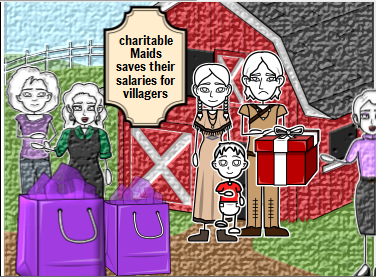 Their hearts are really big, for they have been collecting a range of items such as cooking oil, sugar, milk powder, rice, adult diapers and even tinned food so that they can send it back to their home villages. Each one of them sends a box contained with all the essential items, for which the shipment fees itself is quite hefty, and has it scheduled for shipping.

When there is a delay in the shipping and during intermediate periods, they will be sleeping with the containers themselves, where they will have it to snuggle close to the containers.

So why would they do this?  Why would they go to such great lengths to save a huge chunk of their salaries and have it send it back where they can’t even use it?

Well, for them it is a duty to their own people, it is altruism and it is selflessness. Those qualities are hardly seen in the elite classes who thrive on individualism and greed but don’t even bat an eye for those who aren’t as fortunate as them, even if they were their own compatriots.

Their faith in God is their driving force, and how much of it they are able to channel that energy decides their ability and courage to go ahead with a charitable gesture.

They are so modest that they are not relying on others who are willing to provide them with the essential items themselves because they do not want to inconvenience others.

Truly, their humility knows no limits, they are precious. These maids have shown that their big hearts, in spite of obstacles and seeming despair, will never falter, as they will continue to help those who they see need help.

The Story of Leny Alzaga is one of human kindness and pluralism. She has been lucky who have found herself integrated into the family dynamic. For her, this is her second family; the real one is back in the Philippines with four children.

Hers is a story where those who were kind to her not only gave her acceptance by treating her with respect but also give her the comfort and luxury that other maids would never receive.

She lives in the house of Gareth Robinson, a New Lander who with his Australian wife, has full-time jobs in the city, and as well as two children, named Summer and Chase. 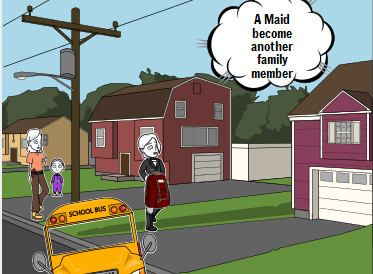 Every day, she gets up at 6 a.m. when she fixes up the sandwich and a pair of fruits for the primary school bound Summer, who is 6 years old. When it is 7: 30 a.m., she goes off to get the wake the younger one from bed and accompanies him to the nearby Nursery. Then she when she gets back from home, she prepares dinner. When the clock strikes 3:40 p.m., she goes to meet Summer who is dropped off from her bus, and then to the Piano, Tennis, and Art Classes during the week. The family dinner would have been prepared by her after she had dropped Chase at the Nursery, and which the rest of Robinsons eat once it has been heated. Leny’s day ends at 8: 30 p.m. if everything has gone according to plan, but she definitely retires when it’s 9:30 p.m. to her room, where she has everything that a home maid could ask for.

Mrs. Robinson says that because Leny is part of the family, she has built the room that replicates that sanctuary that is their home, not something separate or dingy. But their greatest act of kindness could be the level of freedom that they show to Leny, who is able to roam anywhere she wants during free time and attend meetings of her co-patriots. Her greatest joy is when she is able to spend time with her own family when the Robinsons go off on a vacation. Leny sees her beautiful children, four of them, and can spend three weeks with them, rejoiced that she is making their lives better and happy that she herself has a family waiting for her back in Dubai.

For the Robinson, Leny is an indispensable member of the family and from Mrs. Robinson’s own mouth, a pleasure and an amazing person.

This is a story of overcoming all odds and achieving triumph, this is the story of Shahra Jafar Ali, and how she managed to rise above her obstacles and adverse circumstance to gain success in her educational career.

Shahfar was always a bright kid, having collected a plethora of trophies for excellence in her academics, but unfortunately, she could escape the circumstances of her life. She was taken care of and provided by her mother, for her father had died when she was just 10 years old, and this meant that her mother, who works as a maid, has a tough job having to care for her prodigious mind,  as well as the need so her two siblings.

She would’ve found herself having to stop dreaming and accept her fate, but she chooses not to be dispirited, instead approached a leading Dubai Newspaper to get her story published so that her plight would be heard by kind souls who would give her the means with which she can get herself a higher education.

The story gained traction, and a considerable amount of good Samaritans stepped forward with their own donations, but the greatest contribution to her cause came from the Murdoch University in Australia, who were so generous as to grant her a 100 percent scholarship to get her career going. They offered full enrolment to the University’s B.Sc Computer Science, an education that would have taken an immense toll on her maid mother’s finances, and even a normal middle-class family, for they would’ve had to pay a sum of about 140,000 dirhams if they had wanted to get through the three years. 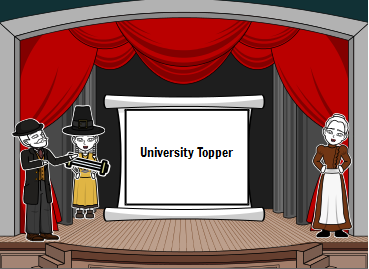 Danel Adkins was the academic director of the University at that time, and he was distraught about the fact that such a talented individual could not get the education that she deserves because of a lack of funds. For him, helping her would be the right thing to do, for it is a pledge of the University to provide opportunities to those who need it.

Gary Fernandes , who plays a major part in the recruitment process, was elated at the fact that such a brilliant student like Shahra could be found and helped out. He says that her story is capturing the minds and hearts of a lot of people down under.

Shahra herself is happy absolutely euphoric about how much her life has changed since the story was run in the newspapers.  She says that on the first day she was told by her mother that she had to work hard and make everyone who helped her get through to this stage proud by performing at her best.

The generosity of the hearts down under is beyond any doubt since they have consistently helped Shahra with whatever help she needed, as well as granting her younger brother the scholarship to study there as well. She is now planning to settle down there after getting her Masters and bringing her own family with her as well, including her house maid mother, who took care of her through all these years, and now will get her due blessings by being part of a great family of loved ones.