Nannies are trained in Dubai for taking of children. Nannies are trained so that they can take of their children with exceptional care and deft. They are significantly better than babysitters, who only take the job because they need a source of income and are not necessarily in for the long run.  This is a crucial difference between nannies and babysitters and is this difference that will determine whether you want to have a nanny or a babysitter. That being said, to have a nanny training in Dubai would mean having to inculcate a lot of skills that would go onto perhaps save a child’s life, something that an inept babysitter would never get to learn in real life.

Nannies are trained on a variety of issues. Though it is always assumed that nannies are only there to give nurturing to the children when the parents are away, this is not always the case. The modern nannies have diversified their skill set and they are expected to do more jobs than they usually do. Such jobs include having to monitor the children keenly and design activities that contribute to their overall development and progress, both social and psychological. Nannies have been assigned the job to pick-up children from schools and dropping them off at various activities that are scheduled for them. It is indeed a very expansive role that the profession of “Nanny” has turned into. 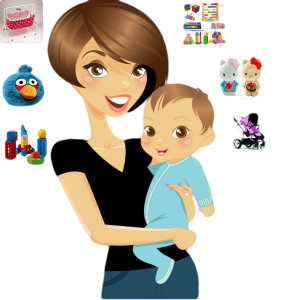 Nannies can be the ones who could live with you, called Live-in Nannies who are willing to live in your homes, taking care of the child’s everyday needs whenever required of by the Parents. This will eventually be a profession of being a second parent to the child. While there are those Nannies who are there only for a few hours a day, based on the tie stipulated on their contracts. Their contracts have been specified for the purpose of giving them the skills needed to become good nannies. And then there are those Nannies who are given to multiple families because one of them has established that this particular nanny is someone who can be trusted with children.

Nannies and Babysitter are fundamentally about caring for children, they are differing in many ways, and here are some of the ways, in which nannies differ from babysitters:

A nanny is someone who has a lot of responsibilities that they would have to answer to, and this means that they will need to be trusted and extremely good with the children, and not to mention experienced. This would entail that nannies are generally an older person, while a Babysitter is someone who is relatively inexperienced in the field but is willing to do the job of taking care of kids for revenue. 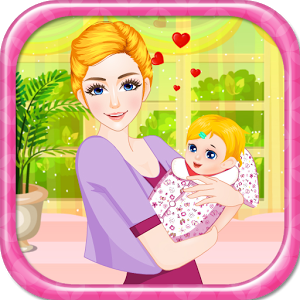 Babysitters are usually young people trying to make ends meet and get their way of getting some extra cash. Nannies are having more responsibilities and therefore needs to have much more qualifications, like certification to be accepted into a firm that advertises that service for purchase.

In the case of remuneration, babysitters do not get a good deal of remuneration because they are doing this only for a short period of time and they do not need to be held under a contractual obligation. Their roles are restricted to observing the children, trying to keep them entertained,      feed them and take care of them until their parents have returned home.

The nannies are going to do work under a contractual obligation. They are often employed as part of a franchise or company, taken after rigorous screening and have to check into the office. Besides the tasks that the babysitters have to do, nanny training Dubai has taught them to more pertinent tasks such as driving the kids, getting house supplies, cooking, almost act like a second parent. When you are working as a professional nanny, you are going to get steady remuneration along with the other benefits of working under a corporate such as paid leave and maternity etc.

Essentially, nannies are well-trained, experienced, skilled and able adults who are able to not only take care of your children while you are gone but also become you for the time that you have assigned them to care for your children.